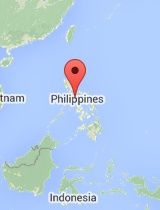 The health risk information presented here is summarized from Shoreland Travax®, a decision-support tool used by health care providers to perform a detailed health risk analysis based on specific locations, individual travel styles, and traveler risk behaviors. Travax provides practitioners current, independently researched malaria risk and prevention recommendations in a map-based format that goes beyond the annual WHO and CDC statements included here. Not included here are current reports from Travax of disease outbreaks or environmental events that may pose elevated risks to travelers’ health and safety. The Providers section of this site offers a directory of health care providers who utilize Shoreland Travax for travel health counseling. Learn more about the detailed reports and maps available from these practitioners (includes links to samples).

Although yellow fever does not occur in Philippines, an official yellow fever vaccination certificate may be required depending on your itinerary.

Depending on your itinerary, your personal risk factors, and the length of your visit, your health care provider may offer you vaccination against cholera, hepatitis A, hepatitis B, influenza, Japanese encephalitis, measles, mumps, rubella, rabies, typhoid fever, or a one time polio booster if you haven't previously received one for travel. Routine immunizations, such as those that prevent tetanus/diphtheria or "childhood" diseases, should be reviewed and updated as needed.

The following is current information as reported by the World Health Organization (WHO) and the U.S. Centers for Disease Control (CDC):

Areas with malaria: Present in Palawan and Mindanao Islands. None in metropolitan Manila and other urban areas.

Precautions to prevent seafood poisoning may be needed.

The material below includes information from the U.S. Department of State (DOS), U.K. Foreign & Commonwealth Office (FCO), Global Affairs Canada (GAC), and Australia's Department of Foreign Affairs and Trade (DFAT), as well as from additional open-source material. Standard safety precautions that apply to all international travel can be found in the Library article Safety and Security.

High risk of attack by domestic terrorist groups exists throughout the country, especially on Mindanao Island. Targets may include domestic and international organizations and businesses; public places and events, including those frequented by tourists; and transportation systems.

High risk of kidnapping by terrorist groups exists throughout the country, especially on Mindanao Island and in the Sulu Archipelago and coastal resorts and offshore areas in the Sulu and Celebes seas. Targets may include foreigners (especially Westerners).

Moderate risk of violent crime (armed robbery, sexual assault, assault, and murder) and high risk of petty crime exist throughout the country, especially in Manila (including the Makati Central Business District), Cebu and other large cities; in resort towns; on or near public transportation, and in crowded malls.

Kidnappings by criminal groups occur throughout the country, especially in cities. Targets may include foreigners (especially Westerners).

Protests and demonstrations occur and have the potential to turn violent without warning. Bystanders are at risk of harm from violence or from the response by authorities.

Armed conflict occurs, a dangerous security environment exists, and ethnic tensions are present on Mindanao Island and in surrounding areas.

In 2017, intense conflict between military forces and militants resulted in significant infrastructure destruction to Marawi City, Mindanao Island. Martial law (including curfews and security checkpoints) has been in place since May 2017.

Piracy (involving commercial and private, leisure vessels) occurs in coastal or international waters, especially in the Sulu and Celebes seas.

Passenger boats may be unsafe, including ferries traveling between islands. Decline water transportation in vessels that appear overloaded or lack personal flotation devices or life jackets.

Risk of traffic-related injury or death exists. The road-traffic death rate is 7 to 12 per 100,000 population. The rate is less than 10 in most high-income countries. Speed laws are poorly enforced.

Traffic flows on the right-hand side of the road. Travelers (including drivers and pedestrians) accustomed to traffic moving on the opposite side should be vigilant when navigating traffic.

Avoid public buses and light rail due to safety and security concerns, including risk of armed robbery.

Many taxis are unsafe. Use taxis from official ranks or dispatched via smart phone app or radio from a reputable company and ascertain the license or identification number of the dispatched vehicle.

Selected Embassies or Consulates in Philippines